My buddy Dusty recently asked me how to set up a Digital Ocean cloud instance for RStudio using a Docker image. Below is the information he needed, but captured here for future travelers.

Most people who are considering using Docker understand that Docker allows setting up something akin to a virtual machine on their local computer. What’s less widely appreciated among non dev-ops folks is that Docker comes with a tool called docker-machine that allows setting up a Docker virtual system on a remote server. This is great as it means I can test a Docker configuration locally and tweak it to get the kinks worked out, then publish the exact same machine image to a cloud host.

I’m going to illustrate a Digital Ocean example, but the same idea works on many different hosting providers. To use my example, you’ll need to get ready by doing the following:

Now we’re ready to fire up a remote machine. I’ll show you the commands then give a description of what they mean at the end.

The result of the above commands look like this on my Mac: 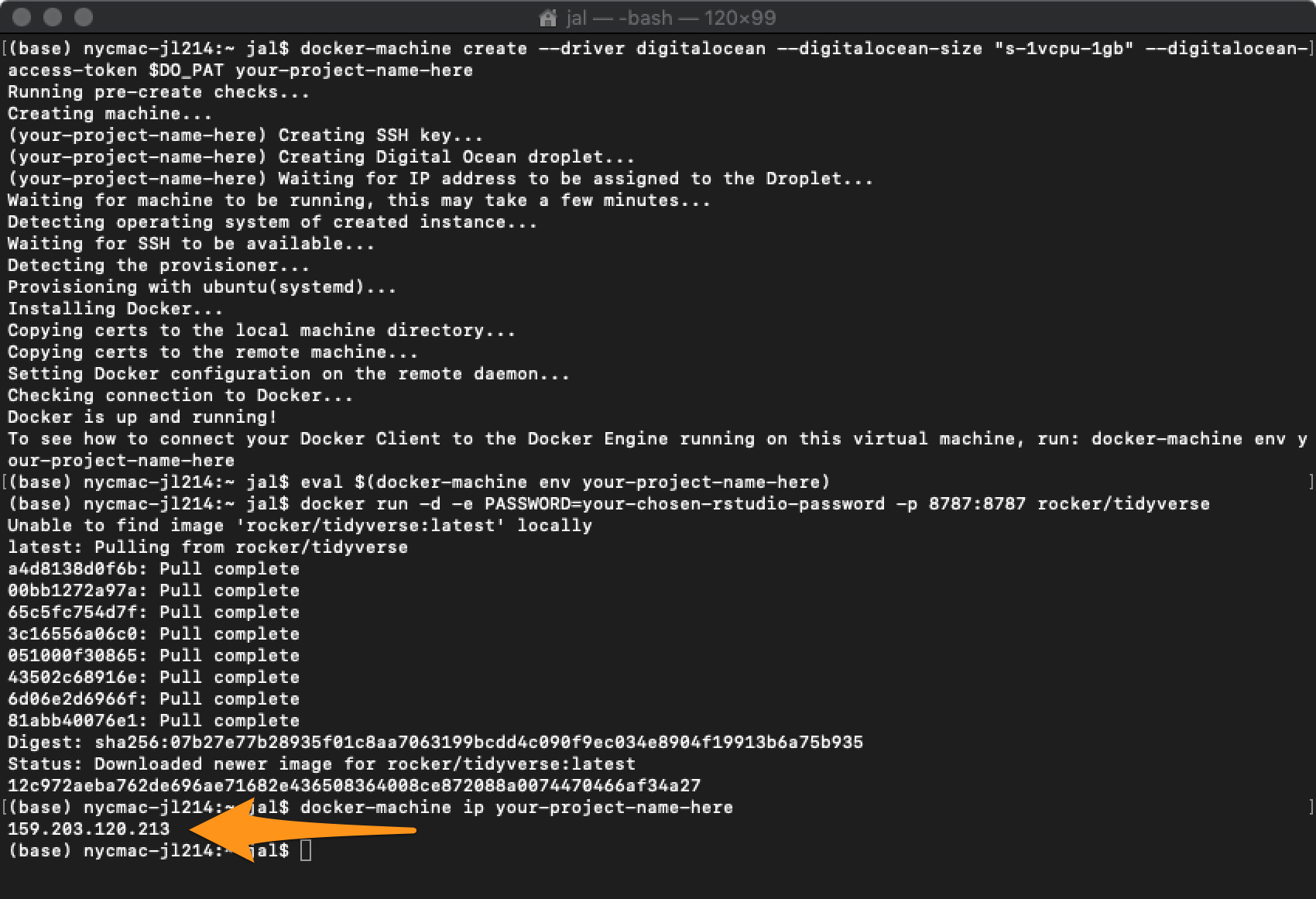 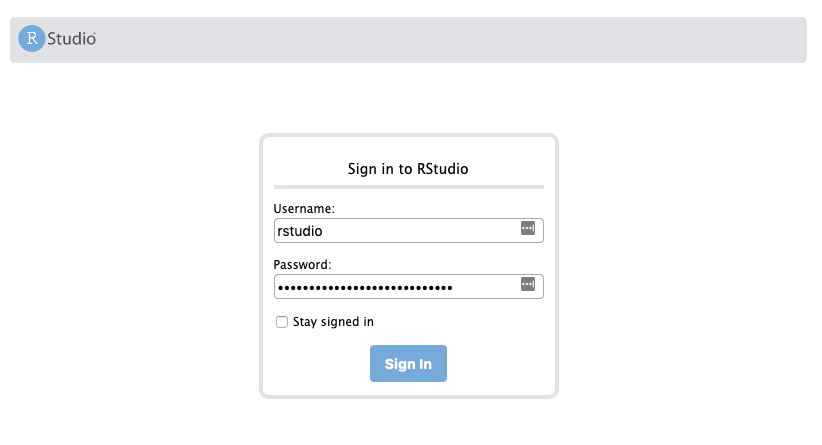 You should be greeted by an RStudio server window: 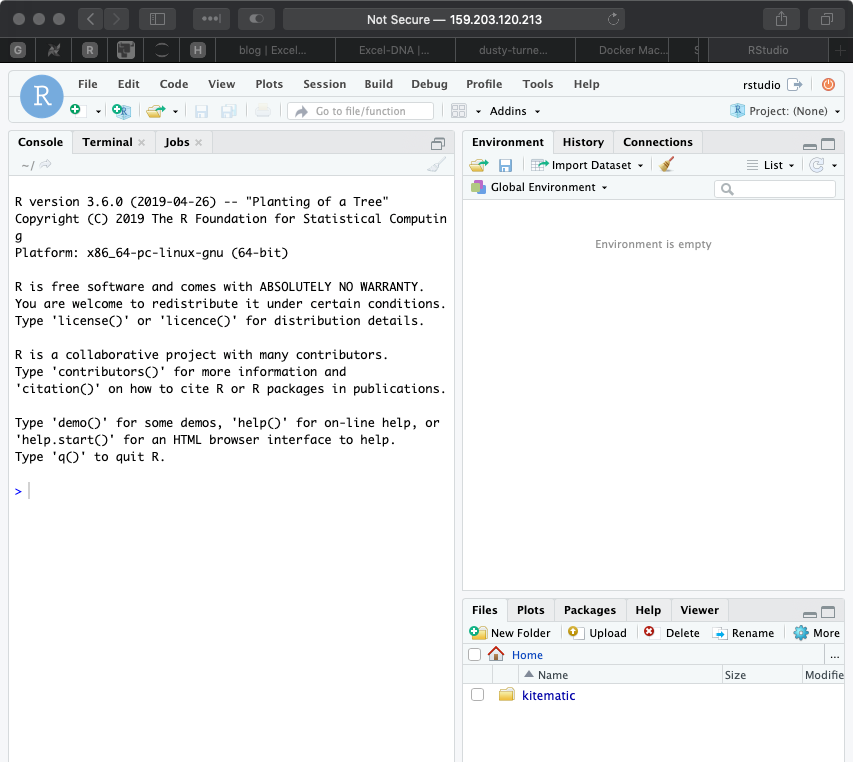 and to shut down the instance and remove any trace of it from your machine, run:

Now let’s go back to the magic incantation step and describe each bit:

and we’re going to use the digital ocean driver. You can get a full list of drivers in the Docker Docs

set the size of the instance. The text of the size varies by cloud service

This sets up some environment variables so that we can seamlessly connect. To see what it’s doing, try running docker-machine env your-project-name-here from the command line.

Here we fire up a specific Docker container and we open port 8787 mapped to 8787 on the remote machine. We are telling Docker to use the Docker public image rocker/tidyverse which includes RStudio and all of the Tidyverse.

this prints out the IP address so you know which IP to connect to.

When you are done, don’t forget to run

to stop the remote instance and also clear out all the local information about the session. If you just stop the Digital Ocean instance (a droplet in DO speak), you will not get billed, but your local machine will still think the remote machine exists so you’ll still have to run docker-machine rm your-project-name-here.